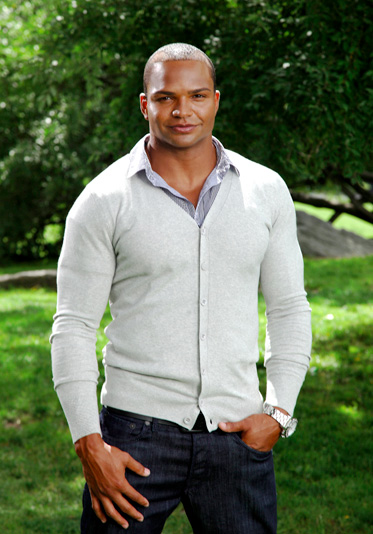 Brendon Ayanbadejo, former Baltimore Raven and member of the Super Bowl XLVII Champion team, is a man who understands both the pain of discrimination and the gain of personal joy that comes from embracing an unwavering belief in equal rights for all.  The 3-time NFL Pro-Bowler is known as much for his prowess on the gridiron as he is for his resolute devotion to champion the right for gay couples to legally wed.  After playing 13 seasons of professional football, Ayanbadejo is ready to explore new options by using his momentum as a Super Bowl champion to spread the word of equality throughout the county.

Brendon’s passion for LGBT rights stems from the monumental 1967 ban on miscegenation laws. Born 9 years after the ban, in Chicago on September 6, 1976 to an Irish-American mother and a Nigerian father, Brendon was taunted over his parents’ right to be married, and this harsh bias left its mark.   After living in Nigeria during his early years, Brendon returned with his family to Chicago, and grew up in the Lathrop Holmes housing project.  He spent his adolescence in Santa Cruz, California, having the unique experience of living in an “LGBT friendly” college apartment building where his step-father was employed as a building director.  These experiences greatly contributed to Brendon’s accepting view of diverse lifestyles.  Today he sees the fight to legalize same-sex marriage as the 21st century version of the fight for racial equality, and he has thrown himself into the battle for equal rights with a relentless determination towards victory.

Brendon played football and graduated from UCLA with a BA in history. He received College All American honors, was named All-PAC10 linebacker, and won two PAC10  Championship while at UCLA.

The 1999 NFL draft gave Brendon the biggest challenge of his football career, and fueled the fighting spirit that defines him.  Expected to be chosen on the 2nd day of the draft, Brendon’s name was never called.   As an undrafted free agent, Brendon joined several NFL teams and was cut from all of them. But his work ethic and determination eventually won him a long and successful career with the Miami Dolphins, the Chicago Bears and the Baltimore Ravens.

As an NFL player, Brendon wasted no time in establishing himself as a leader both in the locker room, through his role as captain and NFL Players Union representative, and in the community through his extensive service work, notably as an NFL Play 60 ambassador for 10 years.   He also enrolled in the STAR Executive MBA program at George Washington University, from which he will graduate in July 2013.

In 2009 Brendon wrote a Huffington Post blog on the legalization of same-sex marriage that sent him on a new leadership journey.   Setting a precedent as the first professional athlete to publicly support marriage equality, Brendon has a pulpit and an audience that traditional gay rights’ activists do not.  Since 2009 he has turned the tide of support by bringing the issue of equality for gay Americans to the forefront of conversations everywhere from locker rooms to Capitol Hill.  He teamed up with Maryland’s Governor Martin O’Malley to rally support for legalizing gay marriage.  In November 2012, Marylanders voted to approve civil marriage rights for same-sex couples, becoming the first state to do so. Brendon is proud to have been a force that helped tipped the scales.

He has since been honored, along with fellow NFL player and UCLA alumn Chris Kluwe, as an ambassador by Athlete Ally, and as one of 10 “Athletes who Care” in the Sports Illustrated Sportsman of the Year issue.  He and Kluwe were recently awarded the Straights for Equality Award by PFLAGG, and Brendon was named an “honorary gay” by GQ magazine for his exemplary support of LGBT issues.   He recently began work with President Obama’s advisor on LGBT issues, and along with Kluwe, authored the AMICUS brief, written in support of the repeal of Proposition 8 in California.  Brendon presented the brief and spoke in support of the legalization of same sex marriage on the steps of the Supreme Court as the court was involved in hearing the case.

Now writing for Foxsports.com as well as launching a non-profit media platform dedicated to inspiring conversation around DOMA, marriage equality, discrimination, civil rights and inclusivity in sports, Ayanbadejo has simply transferred his champion game plan to a new playing field.  Battle tested, and spurred on by the taste of victory, Brendon is proud to continue the fight for equal rights for LGBTQ Americans.