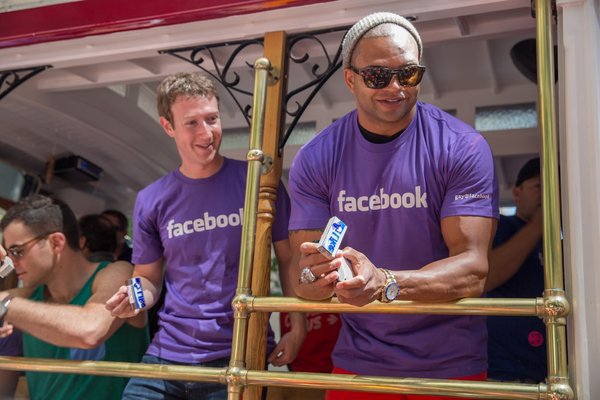 Zuckerberg’s participation in the parade came after he posted a Facebook status last week lauding the U.S. Supreme Court ruling that a key section of the Defense of Marriage Act, which allowed states to refuse to recognize same-sex marriages, was unconstitutional.

“I’m proud that our country is moving in the right direction, and I’m happy for so many of my friends and their families. #PrideConnectsUs,” Zuckerberg said online.

Several large tech companies have come out in favor of same-sex marriages, but Zuckerberg was one of the few CEOs to voice his support and participate in the parade.

Brendon even lent Mark his Super Bowl ring to try on. I’m just wondering if they are “officially” Facebook friends yet!