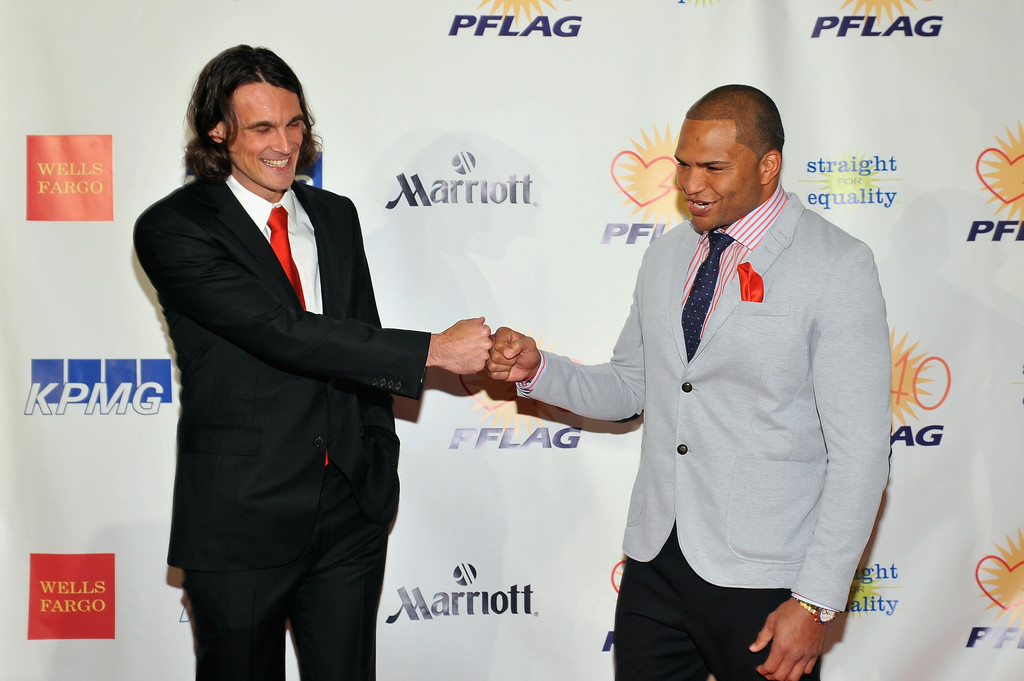 The nation’s highest court will hear oral arguments in the case on April 28, with a ruling expected in June.

The brief mentions Jason Collins and Michael Sam, the first openly gay players in the NBA and NFL, respectively, and their struggle to be accepted by their teams, fans and media.

“Is it really too hard to see the parallels between this and what people said of Jackie Robinson almost 70 years ago?” the brief states. “Jackie Robinson was a singular athlete and singular man, but the slurs hurled against him sprang from the same place as the slurs hurled against Michael Sam. They are illegitimate views, wrongly-motivated, and used to take equal rights away from the minority. They led this Court to apply the Constitution properly in the area of race a half-century ago, and they should lead to proper application of the Constitution again today.”

Kluwe, Ayanbadejo and Fujita have previously supported marriage equality and are ambassadors for Athlete Ally, an organization working to end homophobia in sports.